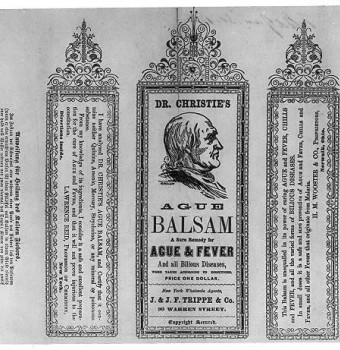 A glance back at the history of disinfection

Article photo: 1856 advertisement for Dr. Christie's Ague Balsam - "a sure remedy for ague, fever and all bilious diseases" 57

Disinfection procedures have evolved throughout our world’s history. Prior to the 19th century, there was little scientific understanding of the existence and the role of pathogenic microorganisms. People did not know what caused diseases in humans and animals, but suspicions arose that they were caused by harmful living organisms. These suspicions eventually led to the use of disinfectants.

Disinfectants were deemed effective if they had a visible toxic effect on living things. This resulted in some interesting methods, many of which are found to be either harmful or useless today.

Let’s dive into some of the first known disinfectants...

Sulphur disinfection is one of the oldest recorded chemical disinfection methods. It is now believed to have been used due its strong odor when burned and its deadly effect on plants and smaller animals.

The use of mercurial compounds as disinfectants dates back to ancient times in India, China, Europe and Egypt, likely a direct result of observation of the compound’s corrosive effect.

The work of Robert Koch provided evidence of the efficacy of mercurial compounds on in vitro cultures of microorganisms. As a result, some organic mercurials, like merthiolate and mercurochrome, became widely used in medicine.

The term “alkali” was used to define all of the bases that are capable of neutralizing microorganisms, including viruses. The earliest known alkali was derived from lime. Sodium combined with white traces left by lime created a visible detergent effect on organic matter, which was likely the motivating factor in using these substances.

Medical physicians proposed the use of acids as disinfectants due the corrosion action of strong acids on hard substances as well as the preserving action of organic acids like vinegar on vegetables and fruits.

When the cattle plague (also known as Rinderpest) affected Europe in the 18th century, people who attended animals were required to boil or expose their clothes to flame. Many empires also required the burning of contaminated straw, harnesses, wagons, drinking troughs, cribs and more.

During the Middle Ages, the clothing of people infected with the plague were burned in order to slow down and prevent the spread of the black death.

Dating all the way back to 429 B.C., Hippocrates recommended fumigation as a method for controlling an epidemic that was affecting both humans and animals in Athens. Herbs with strong odors were burned throughout the city streets- this was credited with putting an end to the epidemic. Throughout time, fumigation was found to be useful in not only purifying air, but in disinfecting objects and clothing as well.

This list is far from exhaustive, and many of these methods may seem laughable today. However, it is important to note that long ago during times of plagues and epidemics, humans put policies in place to stop the spread of infection even though they did not have a full understanding of the cause of infection. It was their enforcement of regulations which slowed the spread of disease and demonstrated the advantages of stringent preventative healthcare.56 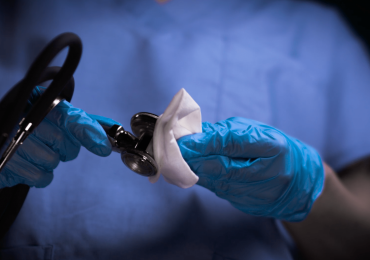 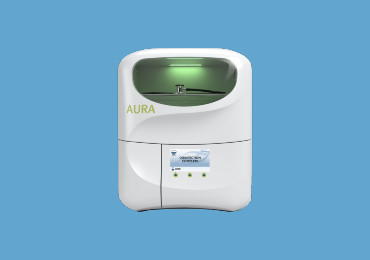 Innovation and adaption during the COVID-19 pandemic 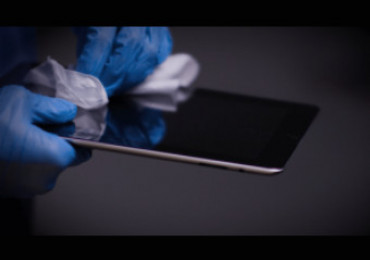 The variability of disinfectant wipes

AURA is a new approach to point of care disinfection